These are detailed, full size plans of guitars by famous makers. Each plan is accurately drawn, and is based on a careful examination of the instrument concerned. They include all information needed to build a reproduction. Scale lengths are all 650 mm unless otherwise stated.

Jose Romanillos has a well-deserved reputation as the finest guitar maker working in the United Kingdom in recent years. From the 1970s, when he collaborated closely with the guitarist Julian Bream, Romanillos´ guitars began to be appreciated all over the world. Not only did he start making guitars with superb tonal qualities, but his supreme craftsmanship was unrivalled. Of particular note is his remarkably beautiful rosette design, now copied by many new makers (see the Picture Gallery on this website). He based his work closely on earlier guitars by Torres and Hauser, but went on to introduce his own innovations in design, finally achieving what he describes as "the true Spanish sound".

I asked Jose Romanillos to explain how he sees the difference between the Spanish guitar and other early European guitar designs:

"The Spanish guitar was much more lightly built. Also, the strutting was different - the European makers used several transverse bars across the soundboard, rather than fan struts. The pitch and resonance of the soundboard will be much higher if it has been tightened with transverse bars. Fan struts allow a lower pitch. That is why, in my view, the Spanish prototype (Torres) became preferred to the European." (taken from a conversation with Romanillos printed in Making Master Guitars)

Jose Romanillos has developed several innovative strutting designs, but always closely based on the principles of Torres. For the guitar maker who has constructed a few guitars refering to the Torres plan, it is suggested that the Romanillos plan would be an ideal one to move on to, as it provides a greater challenge due to its complexity of design. The plan in fact gives two different strutting designs that Romanillos has used over the years, enabling the guitar maker to study closely the work of the greatest British-based guitar maker of the 20th century.

Free shipping for orders from €300,- and up within Europe!

Ordered before 16:00 hour and the product is in stock? The package will be send the same day.

We use PostNL with Track&Trace for all our packages.

We ship internationaly with PostNL with Track & Trace number.

Select a row below to filter reviews.

Only users who already bought the product can add review.
Sort By

No customer reviews for the moment.

Why Guitar Build Supplies?
PAYMENT
Payment is easy with iDeal, Mister Cash, PayPal, Apple Pay or bank wire.
FREE SHIPPING
From €150,- within The Netherlands, from €300,- in Europe
BEST PRICE GUARANTEE
The best choice for high quality at good prices.
INTERNATIONAL
We ship internationaly with PostNL. 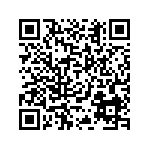